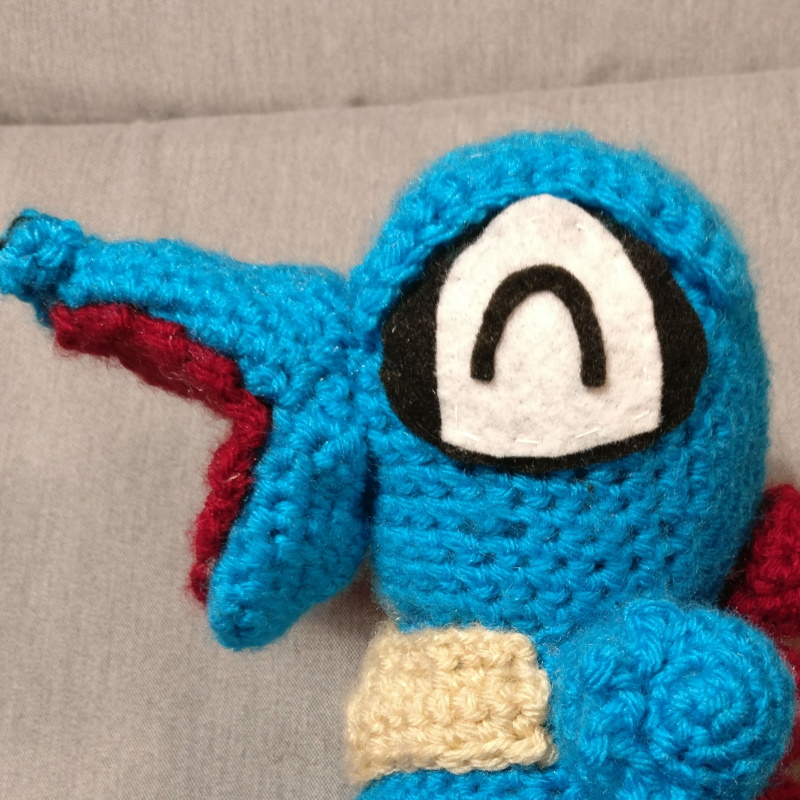 Some of you might be wondering about the totodile. My first piece for GeekDad was investigating harassment in fan spaces — I spent several months talking to creators who received death threats over fan fiction and fan art they made.

As a precaution, I decided to not use my picture or full name when reporting on the piece because my partner and I both had concerns about harassment (I was starting out, and I didn’t know what to expect). But I needed an avatar for social media when discussing the story, and I had just finished crocheting the totodile as a gift for a friend, so I snapped a photo and used it.

Since then, I’ve continued to use “Sean Z” and the crocheted totodile.